Category Archives: What I’ve Been Reading

What I’ve Been Reading : The Home For Unwanted Girls and My Absolute Darling

I’ve been reading books very quickly lately.  My Absolute Darling by Gabriel Tallent was a page turner for me. I was drawn into this strange world and even stranger circumstances and hoped for a happy ending. I read this book in just a few days and I recommend it if you’re up for reading through uncomfortable and unimaginable situations. Curious?

The Home for Unwanted Girls by Joanna Goodman was read in 3 days, thanks to my new reading chair. This historical fiction had me in its grasp almost immediately. The story is interesting enough but the whole part about the Quebec orphanages turning into mental institutions, and its orphans into patients, in the 50s was fascinating and sad. It’s a book I highly recommend if you can stomach a heart-wrenching story of abandonment and greed.

Reading anything good? I’m on a roll!

Music Break : If You Really Love Nothing (Reimagined by Pêtr Aleksänder)

I got home from school drop off and came to my computer, like I do every morning after drop off, and opened Spotify. Looking for something different to listen to, I clicked on the Release Radar mix. The first song I heard was this and I felt it was just the perfect song for this morning.

I’ve been reading a book called Road Ends by Mary Lawson. It’s about a family who lives in northern Ontario, set in the late 1960s, and the struggles they deal with from their past and present. The mother locks herself in her room with her newborn and slowly fades away, completely obliviously to the rest of the family, the father lives a life of regret and fails to step up to his role as father, and the kids, well, the kids are surviving the best they know how. About 15 pages from the end I put the book down and I cleaned up all the toys on the floor I’ve been ignoring, put away all the drawings my kids have 1/2 finished that just sit around the house, I put away clothes on the floor that I pretend aren’t there and threw out a banana peel from under the coffee table that looked like I caught it just in time. Life can get away from you. I get it but I don’t want that. I want to step up. My kids deserve to be kids and I should be there to support them and show them how to love even when things aren’t going our way. Gosh, books, I love them. I love music, too. Now it’s time to draw!

Posted in Children and Babies, Fernie BC, Fernie Mom, Music Break, The Arts, What I've Been Reading

What I’ve Been Reading : The Year of Living Biblically 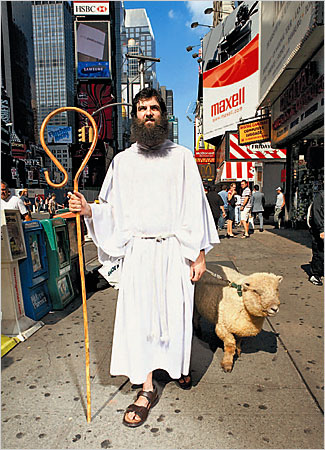 This was an Accidental Book Club requested reading and I just so happened to have it on my bookshelf. My friend Marie dropped the book off years ago and I just never picked it up. The Year of Living Biblically by AJ Jacobs, a type of immersion journalism, ended up being a very interesting read. Through the book he tries to live his life to the literal laws of the bible. There are hundreds of laws, too many for one year and only a fraction of them can actually be attempted in this day and age…although that doesn’t stop him from trying to stone an adulterer or preform an animal sacrifice. Jacobs then decides to tackle one at a time, as well as a combination of about twenty easier rules and laws for every day. The “easier” ones include prayer, being honest, honouring the sabbath, not killing anyone, honouring your mother and father etc. He also follows a handful of Hassidic Jewish laws, such as no mixed fibres, you cannot cut or even trim your beard or the hair on the sides of your head, tithing and he cannot touch women because they could be menstruating or sit in a place where woman who menstruate may have sat.

AJ also visits other religious communities. He takes a few road trips to Amish, Creationists, Jehovah Witness, Red-Letter Christians and many more religious groups. He tries his best to go in with an open mind but in the end he admits he has his limits. He does note that most sects end up following the rules and laws that suit their needs and wants…or possible translations of ancient scriptures. SO interesting!

As he lives this literal biblical life he makes a few revelations about prayer, choices, being thankful, showing kindness to strangers and other honourable ways of living. I love how he questions whether having choices in our lives is helping us to live a good life. When a religion supplies a set of laws, you don’t have to think so much about what you need to do or how you need to live your life.

AJ Jacobs wrote a good book. I probably won’t read it again but I enjoyed the laughs and his points of view and he is most certainly a talented wordsmith.

Posted in Ideas Galore, The Arts, What I've Been Reading

What I’ve Been Reading : The Immortal Life of Henrietta Lacks

Wow. What a book. This one had me from page one. The Immortal Life of Henrietta Lacks by Rebecca Skloot tells the story of Henrietta Lacks and the immortal cancer cells that were taken from her body, and how they took over the world.

This book is about much more than just some cells that won’t die. It’s about how the Lack family (a poor, uneducated black family from a tobacco farm) felt when they found out Henrietta’s cells were still alive and making some people very rich.

Ah! But the book is also about who has rights to cells once they’ve been taken from a body, whether that body is dead or alive. It’s a very interesting question that I would never have thought about otherwise. I had a mole removed a few years ago, do I have any rights to that sample once it leaves my body?

The author does an astounding job of showing as many sides of the story as she can. The doctors, the Lacks family and friends, the scientists, the people cured from various diseases thanks to HeLa cells, the journalists and the hospital where Henrietta Lacks went for cancer treatment and died.

Read it. You won’t regret it.

And that’s in my uneducated opinion.